Lampang District “The City of the roster”

The provincial capital of Lampang is a mid-sized Thai city which is located 100km from Chiang Mai and can be reached by road and by train. Lampang is home to some outstanding temples and traditional wooden houses. The city is bordered by the Khun Tan Range on the west and the Phi Pan Nam range on the east.

The charming city of horse drawn carriages and province with the king’s stable of white elephants at the Thailand Elephant Conservation Center. Most visitors simply visit Lampang to see the Thailand Elephant Conservation Center, bypassing Lampang town on their way to Chiang Mai and provinces farther north. However, while the elephant center is certainly a must-see attraction, those willing to spend some time in the provincial capital are generally surprised by the charming and somewhat unusual town and province of Lampang. Famous for its horse-drawn carriages and sporting a rooster on its provincial emblem (the bird also honored with a large statue in the center of town), Lampang boasts a long history of human settlements within the Wang River basin, some of which date back more than 1,000 years. Lampang is rich in archaeological evidence from the kingdoms of Hariphunchai, Lanna, and Burma. The horse and carriage, a mode of local transportation that has survived the introduction of automobiles to Lampang, is a fun way to explore the surprisingly large town, which features a number of beautiful old temples. The rooster statue, which you are likely to pass along the way, is a much older symbol of Lampang, dating back to the city’s former name, Kukutthanakorn, or City of Roosters, a name that was derived from a local legend about a white rooster that was sent by the Brahmin God Indra to wake the local inhabitants so they could give alms to the Lord Buddha, who was purportedly visiting the town.

On the road from Lampang to Chiang Mai is the Thailand Elephant Conservation Center, the oldest and only government sponsored elephant center in Thailand, where the King’s

white elephants are housed, visitors can learn about elephants, and elephant demonstrations are regularly performed. Lampang city is the capital of the province of the same name, a city that features horse drawn carriages, relaxing riverside bars and restaurants, a number of spectacular Buddhist temples, and a friendly, laid-back local population. Just outside of the city, on the road to Chiang Mai, the Thailand Elephant Conservation Center is one of the premier venues for visitors to learn about elephants and watch elephant demonstrations.

The Thai Elephant Conservation Center & Elephant Hospital (TECC) founded in 1993 under Royal Patronage, is located on the left hand side, when driving from Chiang Mai to Lampang. More than 50 Asian elephants are taken care of there in a beautiful forest. Beyond being an exciting tourist experience, the TECC also proudly houses six of HM King Bhumibol’s ten white elephants in the Royal Elephant Stables. You can see the elephant bathing, the show, the hospital or stay longer and learn how to become an elephant trainer.

More About Horse Carriage in Lampang

Wat Phra That Lampang Luang is approximately 18 km from Lampang, it is one of the most exquisite temples of Thailand. Built on a hill top with picturesque surroundings it was constructed around 650-700 AD, during the reign of princess Chama Devi. The northern and eastern section has flights of steps going up with balustrade adorned by a multi-headed Naga revealing a Burmese connection. Two majestic lion statues stand at the foot of the staircase.

Wat Phra That Lampang Luang is famous for it’s 45-meter high chedi, geogous wiharn (prayer hall) containing two Buddha statues. The structure reveals typical Lanna architecture and design. An inconspicuous teak temple hidden in a corner is the Wat Phra That Lampang’s holy section with a little Buddha reportedly made from the same piece of jade as the Emerald Buddha.

Wat Lai Hin is not to be confused with a similarly named modern monastery just a few kilometers to the southwest. The Wat Lai Hin shown here is known as the “Monastery of the Standing Elephant with the Stone Shoulder”. This fairly small wat contains several architectural gems–a traditional Lanna-style viharn and an old ubosot contained within a square enclosure fronted on the east side by a fabulously decorated stucco archway. The archway and the buildings within were constructed in 1683 by a prince and his followers hailing from Keng Tung, now in Burma. Like numerous other Lanna monasteries, such as nearby Wat Pong Yang Khok, the site of the wat was selected by an elephant when it stopped here en route from India with a Buddhist relic–or so goes the legend. 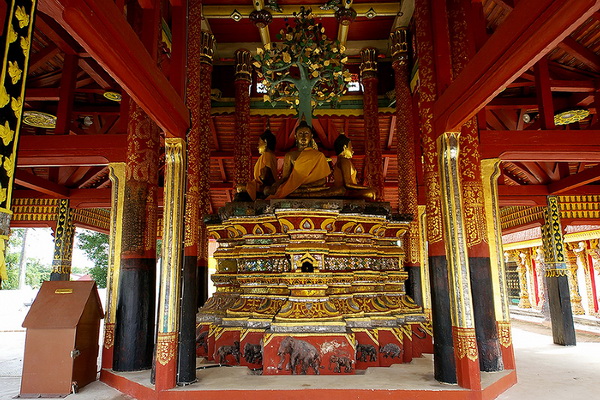 Pong Sanuk temple shows an outstanding combination of Lanna, Burmese and Chinese Styles. One of the most prominent features of the temple is the multi-layered roof and cruciform-shaped pavilion of Viharn Phra Chao Phan Ong.

Wat Chaloemprakiat is perched high on top a rocky hill in Lampang’s countryside, nearly 1,000 metres above sea level, offering you a truly unique Buddhist shrine and temple visiting experience. Apart from the temple’s location being the pinnacle of its emerging fame, here you’ll get a spectacular and panoramic view of the Thung Thung valley below.

Wat Phra Kaeo Don Tao : This centuries-old temple on Phra Kaeo Road used to be the place where the Emerald Buddha was once enshrined (the same statue now installed in Bangkok). Interesting structures include the large Chedi containing the hair of the Lord Buddha, a Burmese-style Mondop, an ancient Vihan housing a reclining Buddha and a museum exhibiting ancient relics of the Lanna era.

A short distance from Lampang, set amid farms and rice fields, is Wat Chedi Sao. The name literally means “the Temple of Twenty Chedis”. They’re a mix of Burmese and Lanna styles and there is a small temple on site as well with a Chiang Saen-style Buddha image. 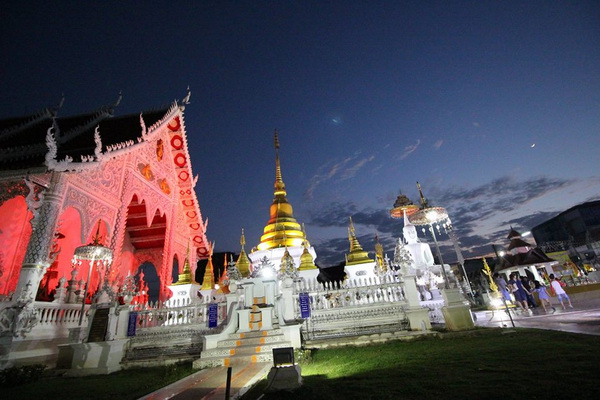 Wat Chiangrai is located in Lampang city center and as the famous White Temple in Chiang Rai its main hall and the statues and elements around are white. Decorated with mirror facets, it can twinkle according to the inclination of the sun. 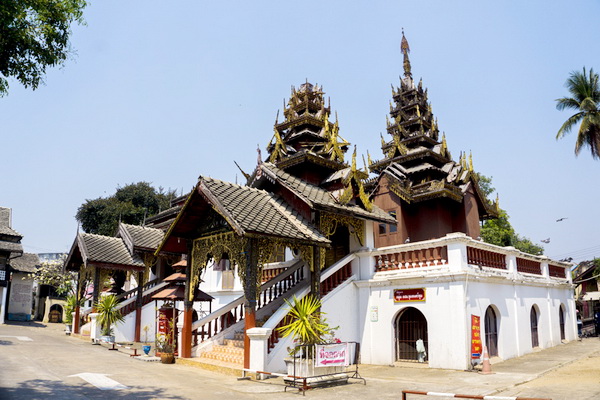 Wat Sri Chum is a large Burmese style temple in the town of Lampang comprising of a viharn, an ubosot and a chedi. The temple complex is surrounded by walls; a large, elaborately decorated entrance gate topped with a Burmese Pyatthat roof gives entrance to the grounds. 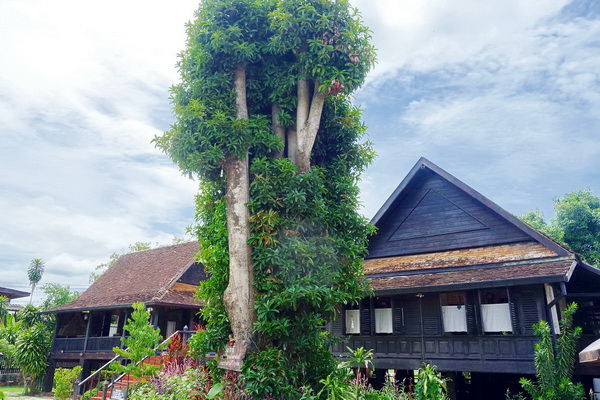 Baan Sao Nak is an ancient wooden house. Since there are up to 116 planks of teakwood posts, this house is named “Baan Sao Nak.” The word “Nak,” in the local language, means “many.” This house was built in 1895 by Mong Chan Ong, the origin of the Chandraviroj family. 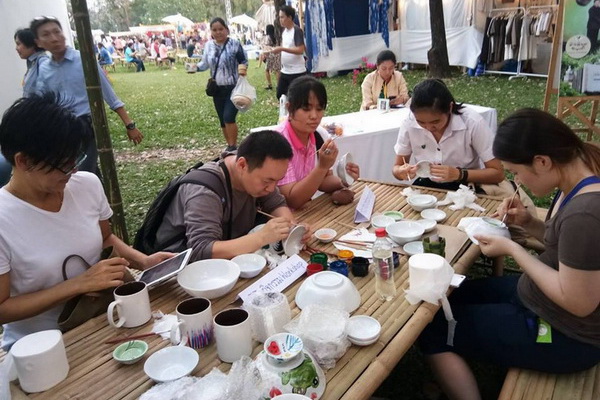 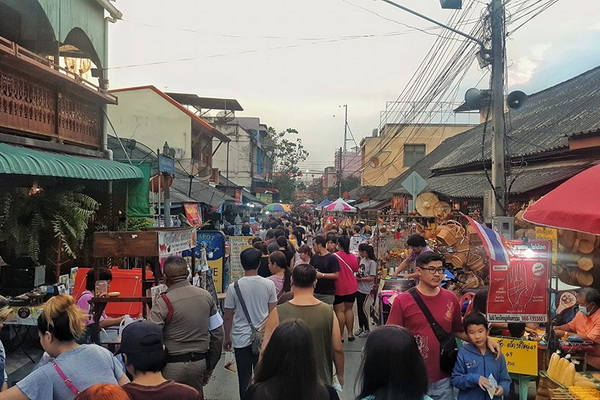 One of the most interesting things to do in Lampang is to walk along the Old Market Road (Thanon Talad Gao, also known as Kad Kong Ta) which follows the Wang River between Ratchadapisek Bridge and the Riverside Guest House. 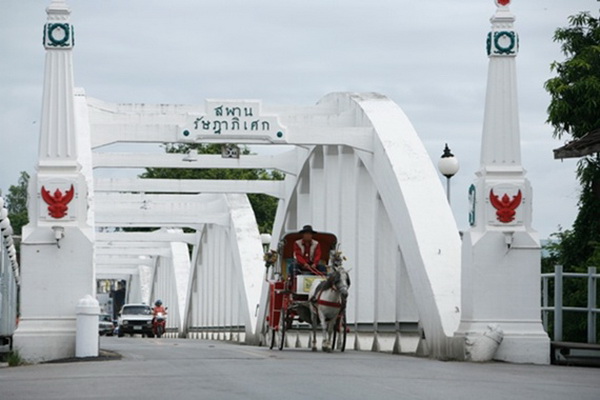 The iconic Ratsadapisek Bridge in Lampang crosses the Wang River. It is also known as Ratchada or White Bridge. At this location a wooden bridge was constructed in 1894 to honour the 25th anniversary of the accession of the throne by King Rama V or Chulalongkorn. 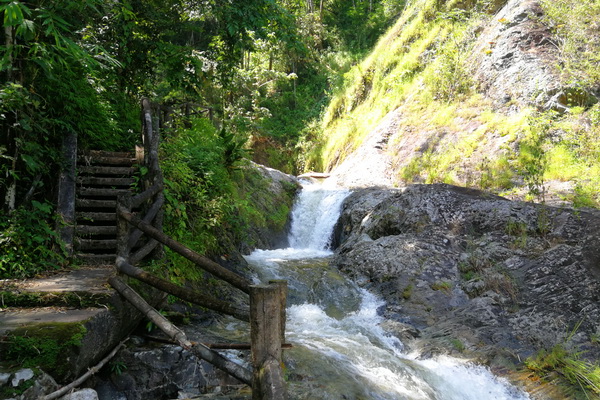 A major place for relaxation in Lampang is the Chae Son National Park, which is located in Mueang Pan district area. It can be reached by taking Highway No.1035 taking a left turn at Km. 59. A further 17 kilometre is a lush forested and mountainous region with a 73-Celsius hot spring over rocky terrain, providing a misty and picturesque scene particularly in the morning. 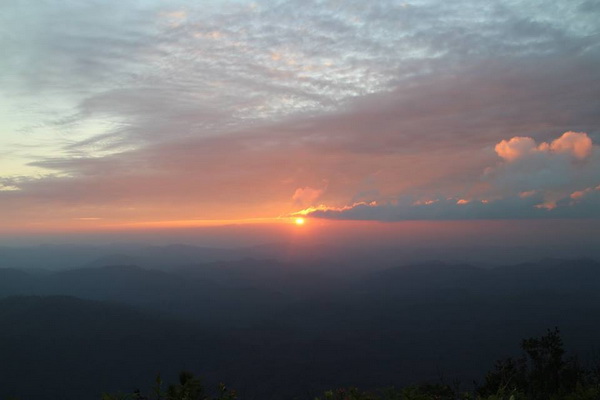 Doi Chong National Park consists of small and large peaks extending from the north to the southwest of the area. Many gullies flowing into Wang River originate from these mountains. Doi Chong is the highest mountaintop of the National Park (1,339 meters above the sea level) with beautiful scenery and various kinds of forests including mixed forests, arid evergreen forests, and pinery, and being the source of streams and rivers. 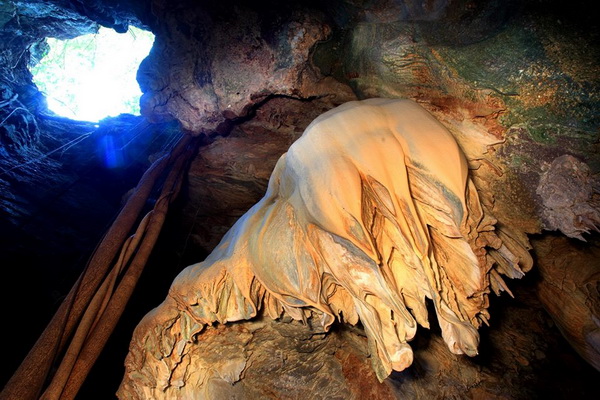 Mae Wa National Park generally consists of complicatedly high mountains. The north part consists of towering and steep mountains while the middle and south portion consist of a mountain range with vast plain areas at the top. 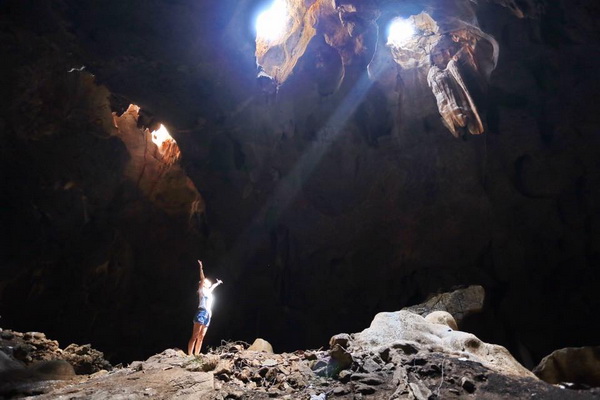 Tham Pha Thai National Park is located between Mueang and Ngao districts, some 60 kilometres from the provincial town. It’s famous for the picturesque stalactite and stalagmites in the Tham Pha Thai cave.

The Khun Than mountain range of the Doi Khun Than National Park forms a natural boundary between Lamphun and Lampang provinces. The northern rail line to Chiang Mai runs through the longest rail tunnel in the country, which is 1,352 metres long and takes five minutes to traverse. The mountain has both virgin jungle and pinery.Many tourists choose to walk from the Khun Than Station up the mountain, a distance of about 7 kilometres. There are four rest areas on the way. Visitors may also camp overnight but must provide for their own food. The best time to take the trip is between November and February when the weather is fine and cool.