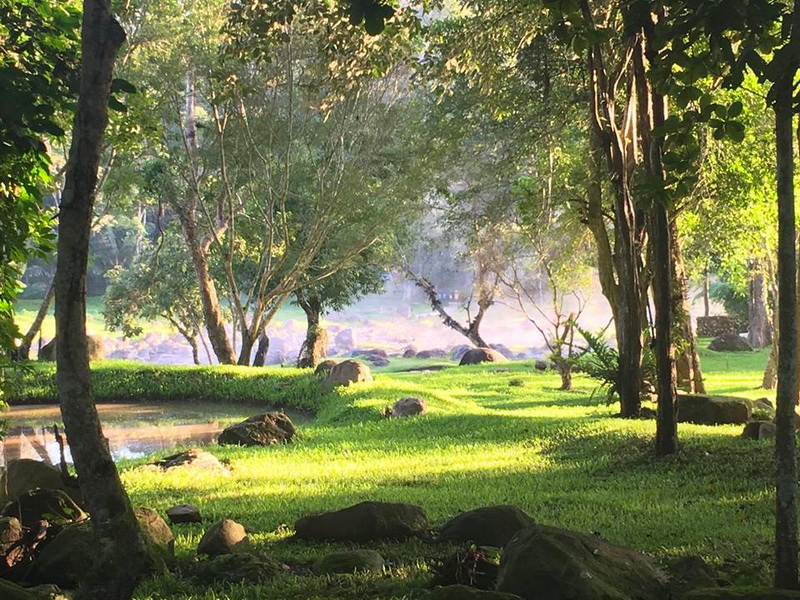 Chae Son National Park is a rich mountainous forest located in the northeast of Lampang province. It is situated in the districts of Muang Bahn and Jae hom and covers an area of about 592 square km.

Preparations were made from May 1986 to December 1987 for the celebration of the Kings 60th birthday at Chae Son Waterfall on the 5th December 1987.

The Park was officially surveyed by Royal Forest Department staff soon after this and led to a decision by the board of directors, which in turn led to the Royal Decree that officially turned Chae Son into a National Park on 28th July 1988, becoming Thailand’s 58th National Park.

Geography
The national park is a mountainous area with 81 degrees Celsius hotspring over rocky terrain, providing a misty and picturesque scene.

Annually, there is a number of cicada conglomerating near the hotspring. People believe that theycome to consume mineral water here.

The park has a visitor centre, 10 bungalows and 2 dormitories (youth hostels). There is also a meeting room, and a camping site where equipment can be rented. There is a park restaurant. There are also 10 or so privately run food and snack stalls.

Chae Son National Park is located about 66km from Lampang province. There are two ways to get to the Park which are accessible all year round.

Note : Wheelchair user is accessible for some place. 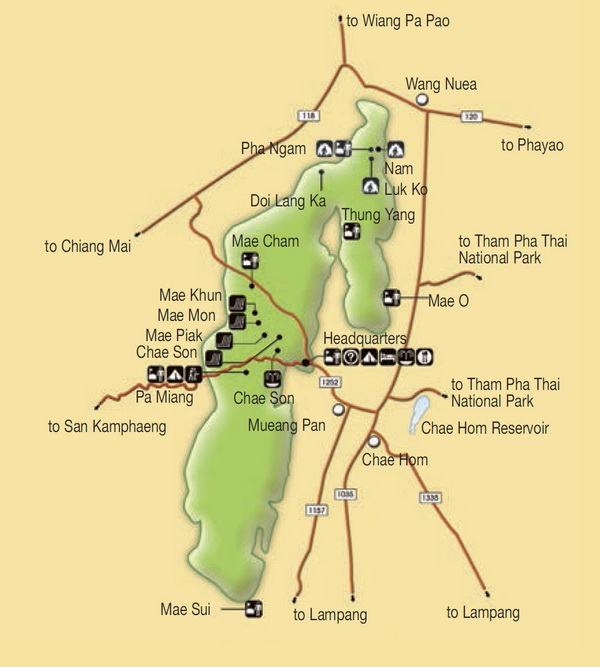