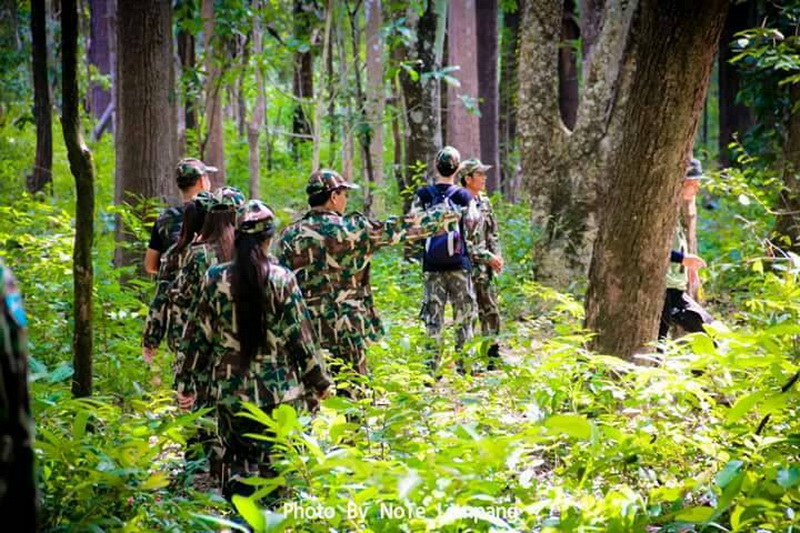 Mae Wa National Park generally consists of complicatedly high mountains. The north part consists of towering and steep mountains while the middle and south portion consist of a mountain range with vast plain areas at the top. The area has huge pine trees which add to the area’s natural beauty.

Mae Wa National Park, generally, is complicatedly high mountains. The north part consists of high and erected mountains while the middle and south part consists of mountain range which has vastly plain area on the top. The area has huge pine tree grow everywhere that makes this area is very beautiful. The west part of this area is Limestone Mountains high 300-400 meters above sea level.

There are a great number of wild animals, such as tiger, seladang, bear, buffalo, dear, barking deer, hare, frog, many kinds of fish, and birds such as hawk, coucal, and owl, because the area has the complicated mountains, productive forest, and food and water supply spreading all over.

From Lampang take the highway no.1 (Phahonyothin Road, Lampang-Tak route). Between the km markers 489 and 499, there is a side road directing to the park. Take this road for 10 kilometres to the headquarters. If you are worry for getting lost, you can contact a tour agency in Chiang Mai to arrange the private tour package or the car rental with driver to you. 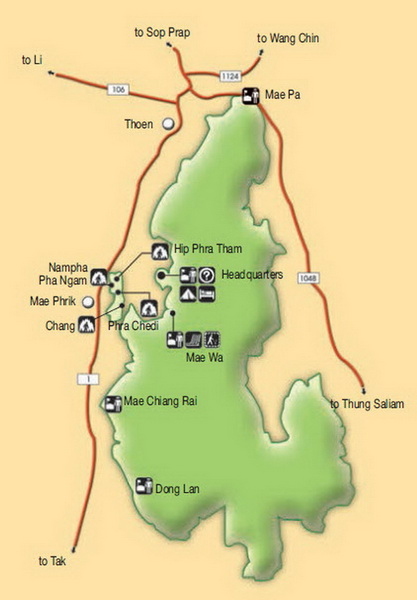