Pang Mapha is one of the least densely populated districts in Thailand. And a bit of trivia: in the Shan language, ‘Pang’ translates to ‘stopping point’ and ‘Mapha‘ to ‘lime’. According to local Shan residents, Pangmapha was once a stopover point for the then long journey between Pai and Muang Mae Hong Son town. Apparently, wild limes once grew abundantly in the area. its a nice little place to chill out for a few days – and less expensive.

Pang Mapha or Soppong is known for the abundance of caves in the area, and some are among the largest in the world. Many have prehistoric relics that date back more than a thousand years. One such cave (Coffin Cave) is within walking distance of the Inn. Also, there is still real forest (including teak) and jungle in the area, unlike many other areas of Thailand that have been completely stripped of trees as a result of slash and burn agriculture. Unfortunately, as you travel down the mountain across from Pai to Mae Hong Son, you will see large new areas of slash and burn agriculture in the area of the Lisu village called Baan Nam Rin that has destroyed large swaths of native jungle, but not nearly as much as you will see in nearby Pai valley, which has been nearly completely stripped of old growth jungle. Given the forest cover, Soppong is known to be a good place for birding and butterfly watching. Wild orchids are in abundance everywhere, with the peak orchid blooming season being around March through May. On our property alone, there are at least eight different species of wild orchids growing in the trees.

Soppong is sometimes mistakenly spelled as Sappong – the Thai pronunciation and transliteration is more accurately spelled as Soppong rather than Sappong. Soppong is a small village located in a small valley in Amphur (County) Pang Mapha, not far from the Burmese border in Mae Hong Son province, Thailand. Soppong is on the main road, between Pai and Mae Hong Son town on the Mae Hong Son loop. The village is a trading and market centre for the many hilltribe villages that populate the area. There is a total of about 300 homes in the whole village area. The population is about 40% hilltribe (mostly Karen, Lisu and Lahu), 40% Burmese Shan, and 20% Thai and a few Haw Chinese muslim families as well. There are also a few Western tourists and even fewer Western residents. On any given day, you might hear four or five different languages spoken during a trip to the village market!

So is it really called Soppong or Pang Mapha ? Several years ago, the government created a new district (“Amphur” in Thai) in Mae Hong Son, and this was named Pang Mapha. Since every new district also comes with a village name by the same name as the districts, Pangmapha became the name for the Soppong area, and specifically for the area just outside the main village where the government offices are located. There is a lot of confusion regarding this, and some references state that “Soppong” has been replaced by “Pang Mapha“. Some travel publications will tell you that Soppong and Pangmapha “are used interchangeably”. Neither of those statements is accurate. There is still a place called “Baan Soppong” and that is where the main market area and bus stop is located. A traveling market is set up every Tuesday morning along the road in the main market area, with hilltribe people (Lisu. Red and Black Lahu. Karen, and Hmong) coming down from the mountains to sell their produce and wares. There are several other villages with their own names sprinkled around Pang Mapha district, and all those names remain as well, including Baan Pangmapha, which is about 1km from Baan Soppong. So, Soppong still exists, as well as the name for the district, Pang Mapha, as well as a village by the same name. You will see the district name “Pangmapha” in the directional and distance signs, and using the district name for such signs is standard in Thailand. It just happens that Soppong village is located very close to the Pang Mapha district centre, and if you follow those signs, you will arrive in Soppong.

Lod cave or “Tham Lod cave“ is a huge cave system once a dwelling place of pre-historic man. Archaeologists have discovered ancient clay pottery and a number of carved wooden coffins inside the “rooms” of the cave. Tham Lot is located some 77 kilometres from town. Between Km.138 and Km.139 of Route 1095, a small roads lead to the cave after a 9-kilometre drive. Here nature has created an exotic subterranean wonder of darkness and mystery. A brook runs from the cave mouth through to the other side of the mountain. It is a route where visitors may travel by raft or by foot to explore the 1-kilometre-long cave full of stalactites and stalagmites. There are services provided by villagers to guide visitors in their exploration at 150 baht per group. Accommodation as well as camping site is available near the Tham Lot Nature Study Centre in front of the cave mouth.

Troll to the nearby Tham Lot cave with its awesome caverns, prehistoric coffins and bamboo rafting. Experience the amazing BIRD SHOW as 300,000 swifts return to nest in the cave each evening. Or join in a full day guided adventure to one or several of the incredible caves in our wilderness area. Our expert guides can take you through world class passages.

The area around Cave Lodge is rich in prehistorical and historical sites, dating from more than 20,000 BP (Before Present) until 400 BP. We have been actively involved in the discovery and the recording of hundreds of these sites during the past 20 years.

Tham Mae Lana or “Tham Mae Lana“ is in Mae Lana village where tourist can see Thai Yai’s way of life. The cave is about 4 km. from this village.

The longest stream, about 12 km., flows through the cave. Travelling here, tourist have to walk all the way without stopping to the other side of it which you see wonderful waterfall, magnificient pearl and stalactite and Tham Lot 15 stalagmite. This cave is suitable only for adventurous tourists. Mae Lana Cave is 4 kilometers beyond the village, 73 km. from Mae Hong Son on Highway No.1095, and turn left into Route 1226 go along the way about 6 km. to get to Ban Mae Lana 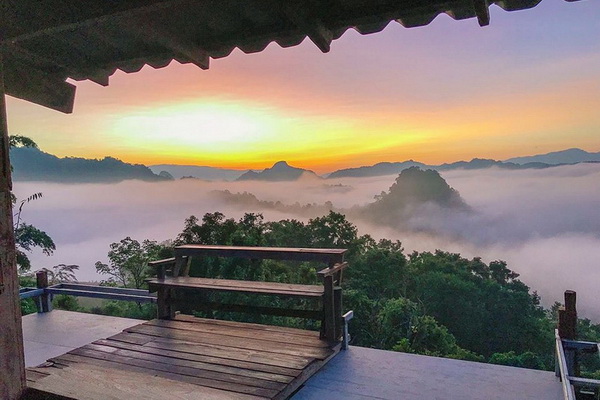 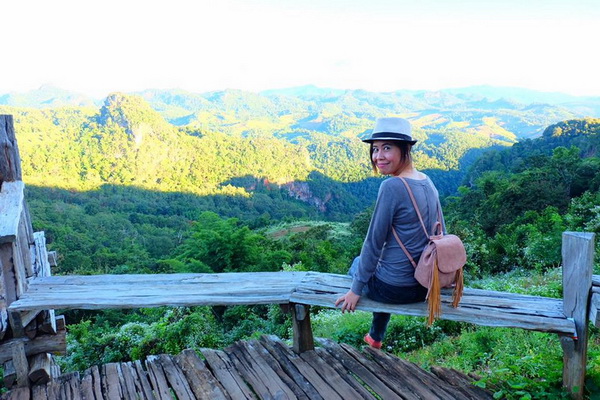 The village of Ban Ja Boe is one of the ‘unseen’ sites of Mae Hong Son. The authentic village is populated by the Lahu tribe and located on a mountain range overlooking a spectacular landscape of the entire area. The lovely thing of the village is, most of villagers are relatives. Also, they still wear their traditional costumes and speak their native language.