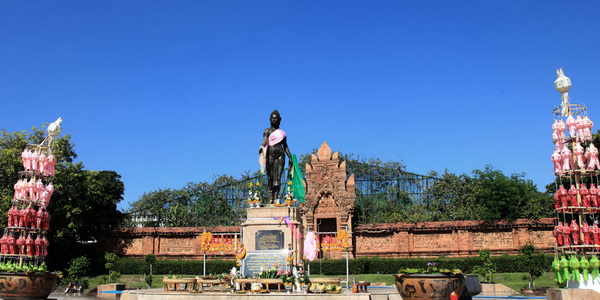 To speak of important people is Thai history, we can’t skip ‘Camadevi’, as she wasn’t an ordinary woman, but a very brave woman, a great warrior, the first ruler of Hripunchai, and an intelligent thinker. Camadevi also speaded Buddhism around her area, making it became more well-known.

Although we’re not able to find any part of legend that can tell her certain origin story, but we can still believe that the history of her is true, as many sources said that she came from good backgrounds. Some said that se was a daughter of Lawo king. Some also said that her father was a millionaire from Hripunchai.

Camadevi lived her life until the year 731. Thirty-eight years before that, she completely quitted her ruler life and started practicing Dhamma at Camadevi Temple. She had spent her last moments of life for preserving Buddhism before she died in the age of 98. After she died, her ash has been stored in Koo Kud Pagoda in Camadevi Temple. 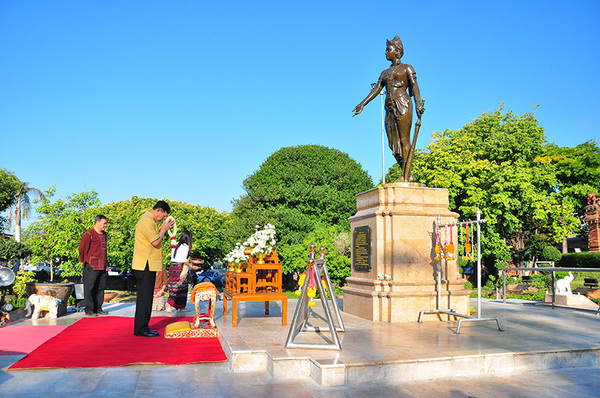 In case you want to make a memorial moment of her in your mind, you can just visit Camadevi Monument, which is in Muang County of Lamphun, about 1 kilometre away from the city hall. When you arrive at it, you will see a statue of her in brown color in the middle of concret lot. There are flower and candle booths around. You can purchase some from any of these and pay respect to her. That’s what most tourists love to do.

How to get to Camdevi Monument

The Camadevi Monument is quite near Nhong Dok Park. You can get there easily by hiring a public vehicle. A tricycle may be best, as it’s a well-known vehicle in Lamphun. You can find lots of of it in front of Nhong Dok Market. Just tell the rider to give you a ride to the monument or you can book the car rental with driver for one-day trip in Lamphun.

For this place on the way to Muang Lamphun District, you can combine this program.