The Rubber Tree Road ‘Enjoy Sightseeing along the Highway No.106’ 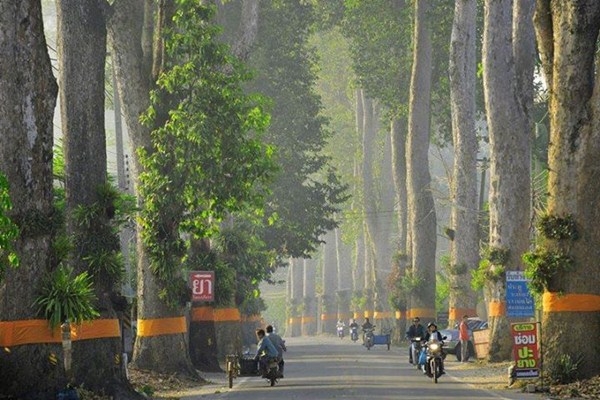 The Rubber Tree Road is full of rubber trees on the sides, which is the uniqueness of Chiang Mai – Lamphun route. There are more than 2,000 rubber trees.

How about full-filling your holiday with a leisure trip in a car along a road full of trees? Surely that must be very perfect. After all, many of us must fight stress everyday, in the middle of busy lifestyle in big cities. So, giving yourself a chance for something relaxing is not a bad idea at all.

If you’re about to have a big holiday and still don’t have any plan for it, let’s grab your car key and head for ‘The Rubber Tree Road’.

The Rubber Tree Road is also known as The Old Chiang Mai-Lamphun’ and ‘The Highway No.106’. It’s a road located between the two provinces: Chiang Mai and Lamphun. It was built in the period of King Rama VI. It takes place from Nawarat Bridge, Ping River, to Lamphun. After the bridge had been finished, the authority and villagers grew rubber trees along the part of Chiang Mai and Siamese cassia along the part of Lamphun years later. Therefore, this road is full of over 2,000 trees.

In 1911, Luang Chao Phraya Surasihavisitsak, the first governor of Payab Region, gave the local thousands of rubber trees to plant along the Chiang Mai – Lamphun Road. From the bridge of Nawarat to the end of Chiang Mai. The tremendous stalks of these rubber trees cannot be found even in the northern forests. When you are entering the area of Lamphun Province, you can see cassia trees as a border of the two cities. There are two thousand trees planted along this road. The distance between the trees is about 12 kilometers along the route. 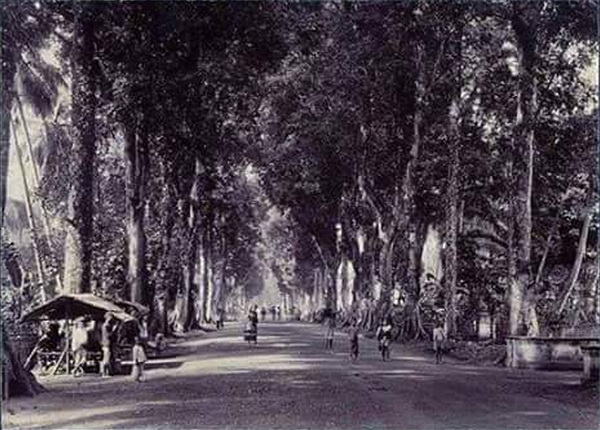 The road started from being a small and inconvenient road. But year went by, many generations of governors renovated it for the convenience of people, until it became the road you see nowadays.

You will enjoy driving along the road, under the shades of trees. For better experience, you may want to prepare some nice, simple meal like sandwich, fries, scramble egg, to eat on your car while you have a sightseeing. As the road is now wide and large, you can park your car on a side of the road to see closer view and take some photos. ‘Feel the wind and enjoy your sightseeing.’